The crowdfunding platform “KosovaIdeas” presented to the Young Ambassadors 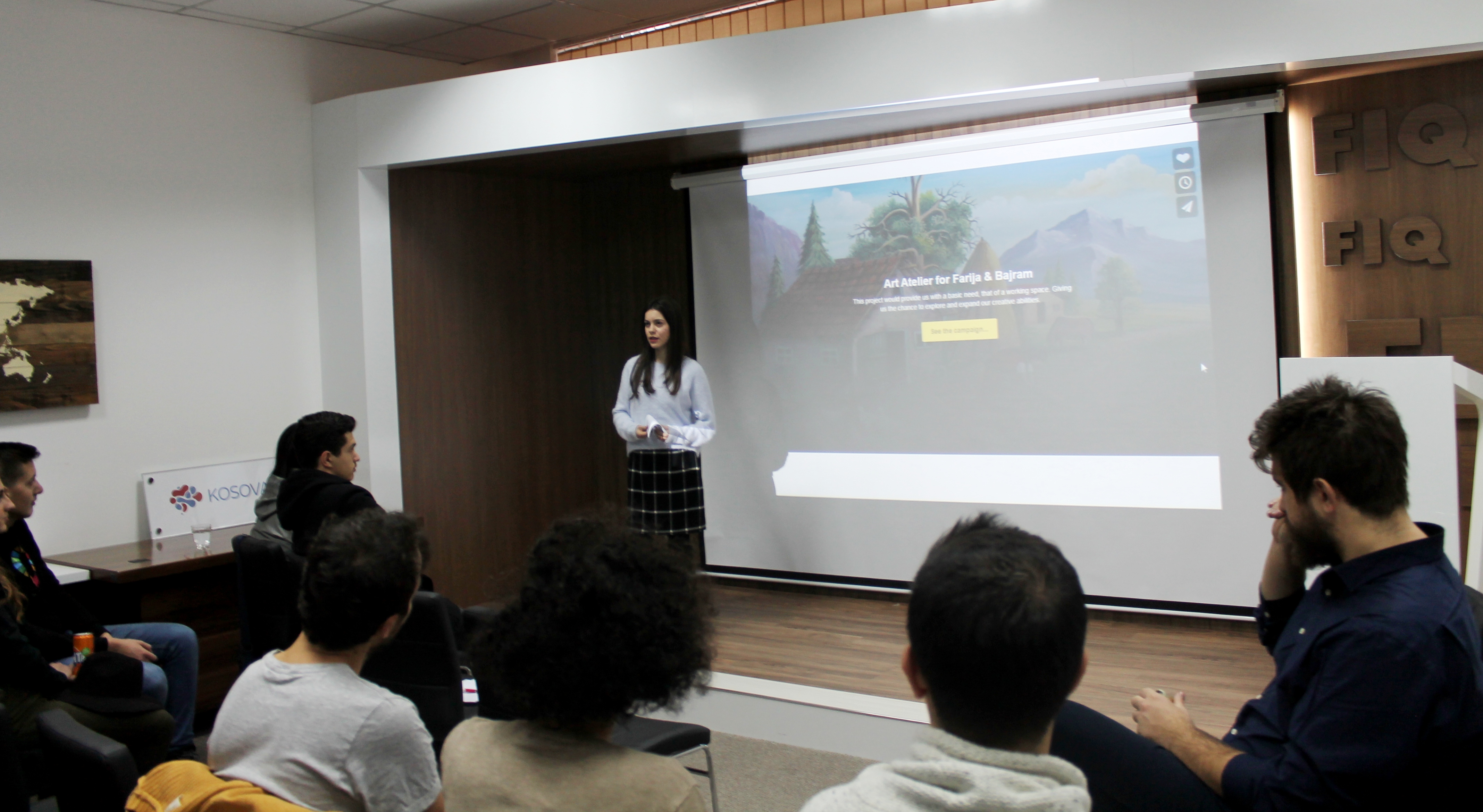 Forum for Civic Initiatives in collaboration with KosovaIdeas held an informative session about KosovaIdeas platform, bringing together many young ambassador from different municipalities of Kosovo.

To present the partnership with KosovaIdeas were  representatives from other NGO’s that have developed successful crowdfunding campaigns. To share ideas with the young ambassadors were “Termokiss”, Kino “Lumbardhi” and “BoneVet”.

FIQ has built partnership with KosovaIdeas aiming to collaborate through different projects, and also by offering our space to serve as a hub to be used by potential beneficiaries from this platform.

FIQ is motivating beneficiers from our project to continue their activism and exachange experiences with campaigners that have presented their projects at KosovaIdeas.

After the presentations, young ambassadors had the chance to exachnge ideas and suggesstions for effective campaigns.