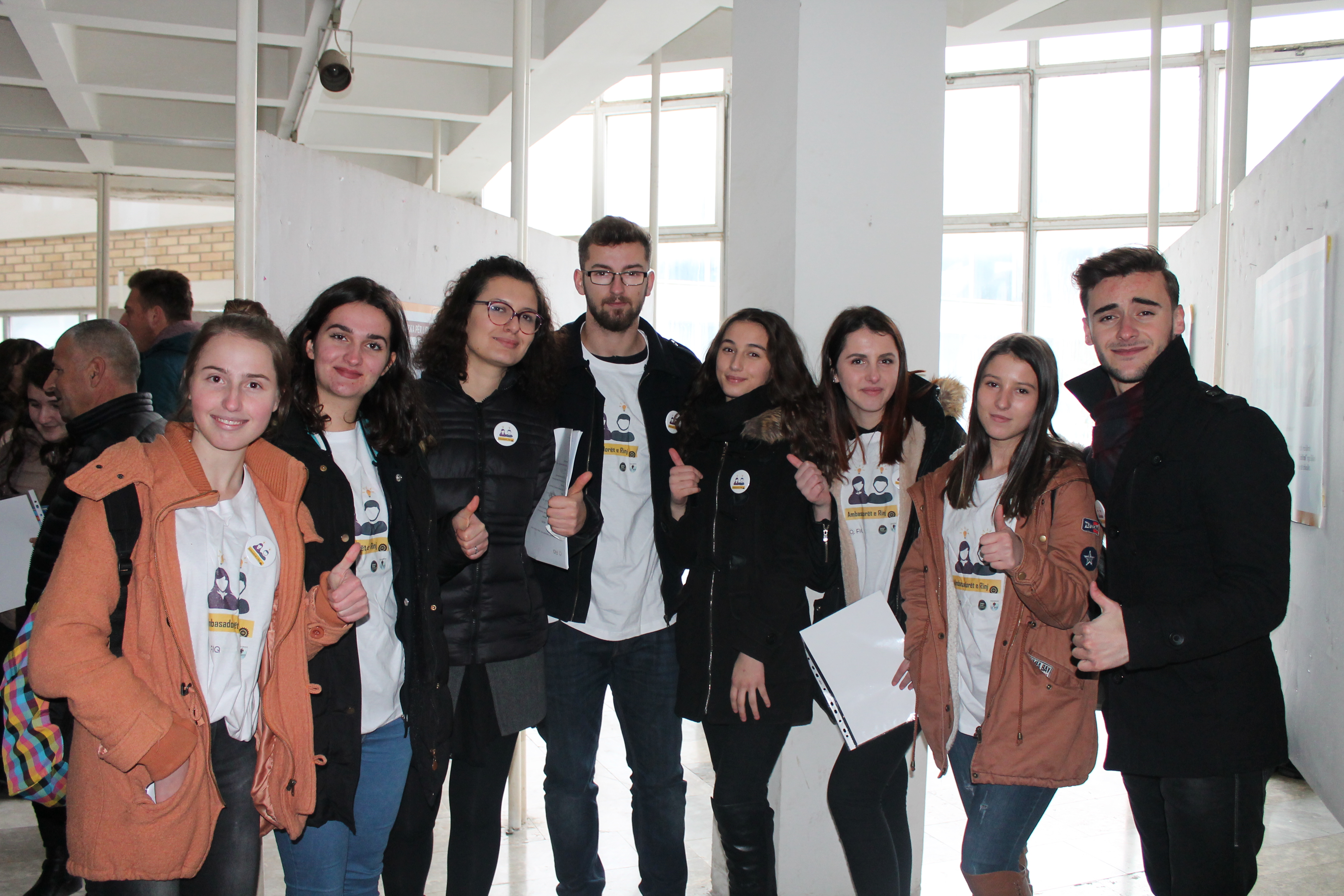 FIQ organized “Young Ambassadors” symposium to launch the results of the project in Viti and Kacanik. The participant got informed about the work of the 10 informal groups, including the activities that they have impletemented in their respective community. This event aimed at screening the work of more than 100 youngster involved in this project.

Some of the projects implemented during this year’s project are: the supplying of public libraries with books, open mini- libraries, seats at the bus station, lightening installment at the high school “Skënderbeu” in Kacanik, and other ideas chosen by the core team of the young ambassadors.

During the program, two young ambassadors from both municipalities exchanged their experience from the project.
“ It was a special experience that gave us very much needed skills through the training sessions we had, but also beacuse of our willingness and energy to bring change, we could do the lessons in practice through the projects in our municipality, in close collaboration with the informal groups that applied for the call with these projects” said Bleona Shehu, young ambassadors from the municipality of Kacanik.

Also, during the symposium spoke Lavdim Emini, one of the young ambassadors from the municipality of Vitia. He was thankful to his community, organizers as this experience with the project brought new lessons for him but also for other young people from Viti that got engaged in the project.

Dajana Berisha, Executive Director at FIQ said that throughout this project we have put into life FIQ’s vision regarding the importance of volunteerism, through an innovative approach that enstregthens youth participation in decision-making.

“The young Ambassadors have given FIQ and the respective municipalities, time, skills, advices, friendship, vision for their muncipality and above all inspiration. Their passion to fix things in their communities can not be compared to any monetary value” said miss Berisha.

The municpality of Kacanik was a collaborater in this project by co-financing the community actions for this municipality. A very important aspect, young ambassadors managed to reach more than 1000 years through the support they received from the local bussinesses.

With their work young ambassadors have placed the best standard of how to help communities. This contributes directly to the promotion of a mentality that reinforces active citizenship to  be actively engaged in community.

For more information regarding the implemented community actions: http://www.fiq-fci.org/news/857