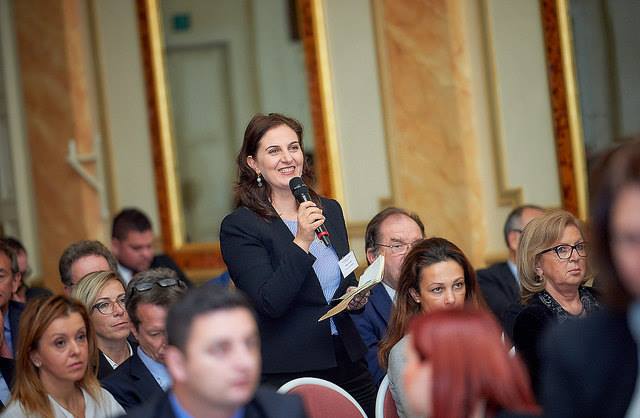 The high level of participation was an indicator of the importance of the event and the fragility of the region (Prime Minister of Albania); High level representatives UNDP; Special Envoy for the Western Balkans Process, from Ministry of Foreign Affairs and International Cooperation of Italy; Managing Director of EEAS; Senior Development Advisor US European Command (EUCOM); EU Director-General for Neighborhood and Enlargement Negotiations etc.

During the pannels, Ms. Berisha had the chance to inform the panelist and the participants that Kosovars are the most isolated people in the region undermining thereby the importance of freedom of movement for 1.8 million Kosovars which differently from war criminals (which travel freely everywhere in Europe, perhaps in Brussels as well) ordinary citizens of Kosovo, in particular young people, are unable to travel freely anywhere in Europe, besides Albania and Macedonia.

In the context of regional cooperation, Ms. Berisha raised the issue of Serbia using a strategy of blocking in all possible ways processes that contribute to the international recognition of Kosovo as well as blocking for political and financial reasons the very important investment done by German Government in the energy sector and specifically the interconnection between Albania and Kosovo forcing the government of Kosovo and the World Bank to invest in a new Coal Power Plant that will drag the process of Kosovo’s Integration into EU.