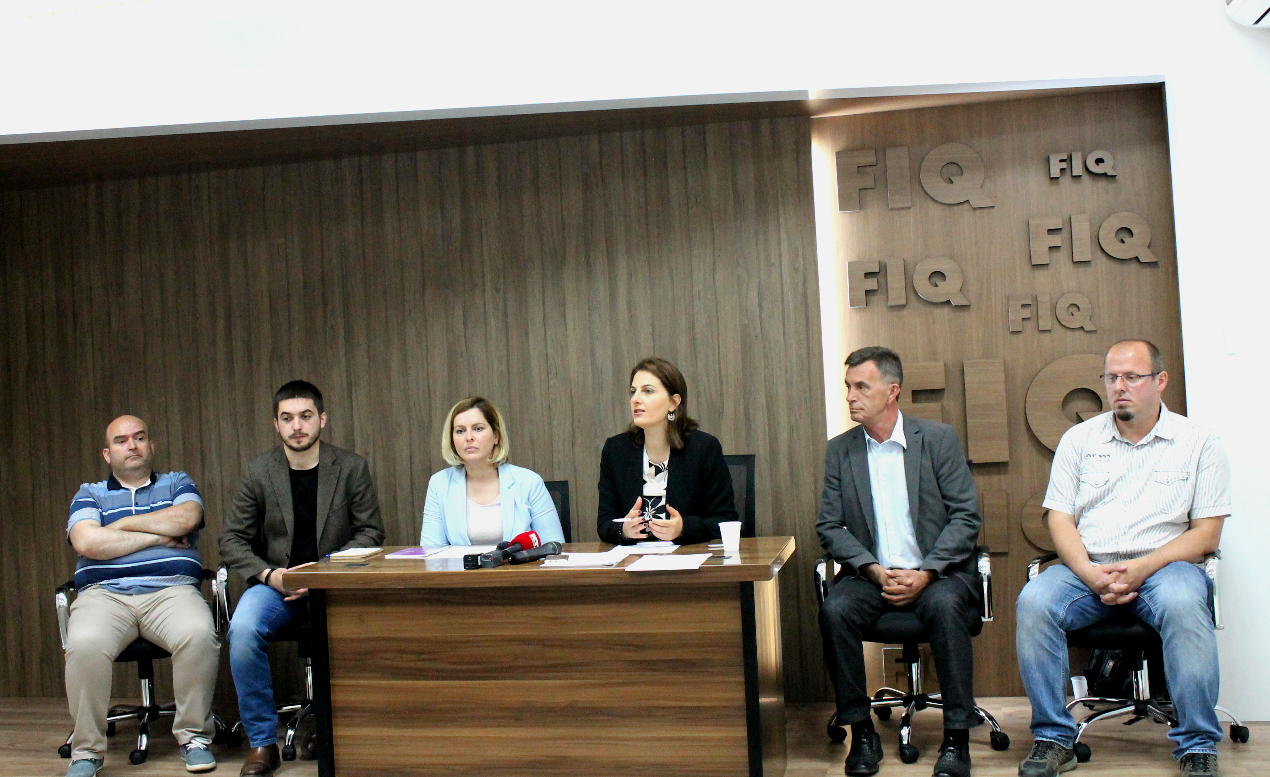 Forum for Civic Initiatives - FIQ has presented the findings of the report  "Problems affecting the well-being of residents in Kosovo's villages and towns". The purpose of this report is to highlight the most pressing problems affecting the residents of smaller municipalities in Kosovo. These municipalities have, as a consequence of a number of factors, been neglected by both the governmental and civil society organizations.
The conference was organized with participation of local partners from municipalities of  Kaçanik, Lipjan, and Vushtri.

The report presents findings from meetings with residents in ten municipalities of Kosovo, namely:
1.Fushë Kosovë, 2. Istog, 3. Kaçanik, 4. Kamenicë, 5.Lipjan, 6. Malishevë, 7. Podujevë, 8. Shtimje, 9.Viti dhe 10. Vushtrri.
Dajana Berisha, Executive Director of FIQ, presented a summary of the report, emphasizing that one of the main findings of the report was the need that citizens had for meetings which serve to express their concerns and dissatisfaction with the local and central governments.
Merita Mustafa, officer at FIQ , presented the detailed findings of the report, which  reflected citizens' concerns about the lack of transparency of local governments'capital investments which had not  generated local employment opportunities or improved the local  infrastructure or environmental situation but had rather caused further degradation of the environment and resulted in creation of illegal landfills.
In each municipality, citizens have emphasized the lack of employment opportunities and development, as a result of which many families, especially young people, are forced to leave the country, either moving to the capital or illegally migrating to European countries. Lack of cultural and sport activities for young people, poor social services for vulnerable groups of citizens, poor quality of teaching, use of narcotic substances by students inside and outside the school environment, pollution of the environment- which has suffered extreme degradation as a consequence of lack of proper waste management, river contamination, uncontrolled forest cutting,and  uncontrolled quarry activities- and lack of investments in greening of public spaces, have been highlighted as some of the main problems affecting residents.
A very disappointing problem identified during the meetings was the already well-known tendency of stifling of the civil society sector through creation of CSOs serving as "satellites" to political organizations, which attempt to take the undeserved place of a proper civil society"- the same being true for the media funded by the government. The first step following these findings and this report will be the formation of a coalition with local civil society organizations (where appropriate), citizens, informal groups, village councils, and  students with whom FIQ will jointly compile a list with problems which need to be addressed in 10 municipalities. As a result, in each of the municipalities, the citizens' coalition will monitor the realization of citizen's demands,and also  the accountability  and transparency level of  local governments. Through these joint activities  FIQ aims to help spread the culture of public debates throughout the year and not only on the eve of the elections, which has been a case until now.